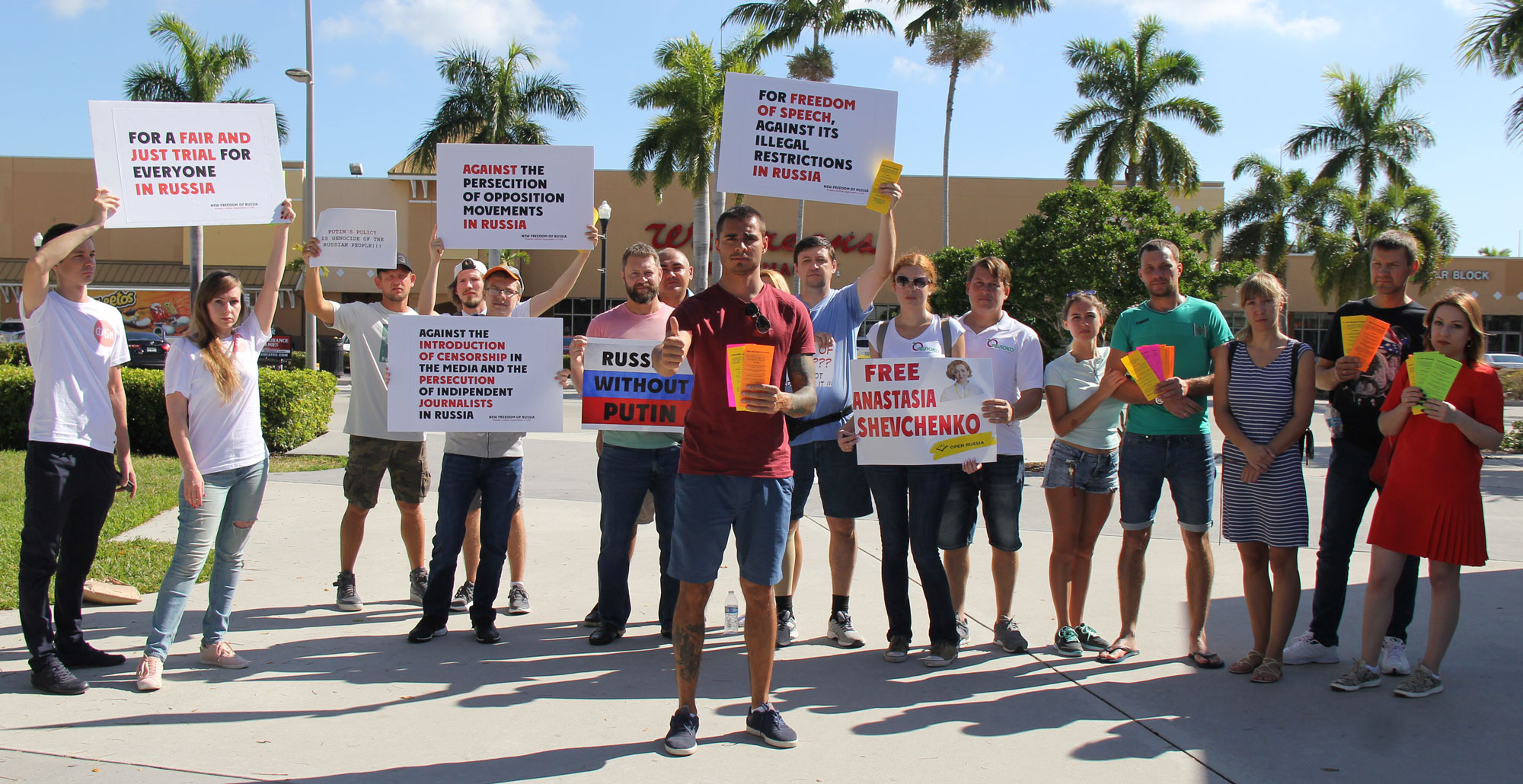 We are a group of people united by common views on what is happening in Russia.

Since we spoke and continue to speak out against the bandit captured group, protest against the looting and destruction of our country, against the genocide of the Russian people, we were forced to leave our homeland under the fear of criminal persecution and threats to our lives, but all that did not make us indifferent to its future.
We continue fighting and make every effort to create a New Free Russia, as a full-fledged democratic state, where respect for human rights and freedoms is a priority, where equality of all before the law is mandatory. Election and succession of power is the norm, and actions to govern the country imply a responsibility to the people. Where corruption is unacceptable in any form.

We are in favor of a new free Russia, a part of the world community, not a militarized outcast violating the norms of international law.

1. Unification of supporters of the opposition blocs to fight the current government.

2. Engaging new supporters delivering true information about the situation in Russia and drawing attention to the country’s problems.

3. Providing assistance to the citizens affected by political persecution as we are. Whose ideals are freedom and equality of all citizens.

Everyone can become a volunteer!

We are glad to welcome new associates in our ranks! Together we will create new freedom of Russia!

Support Us on Patreon!